In conjunction with SBF 20th anniversary this year, we will be holding a special 20th Anniversary Event on the opening night of the Singapore Apex Business Summit. The theme of our 20th anniversary is “20 years of Connecting Businesses: Serving, Bridging, Facilitating”. With Mdm Halimah Yacob, President of the Republic of Singapore, gracing the event as the Guest-of-Honour, the event will serve to commemorate SBF 20 years of championing the interests of our business community in the areas of trade, investment and industrial relations both locally and overseas. SBF looks forward to continue playing our role as a Bridge, Facilitator and Enabler in Singapore’s business ecosystem.

*The programme may be subject to change without prior notice 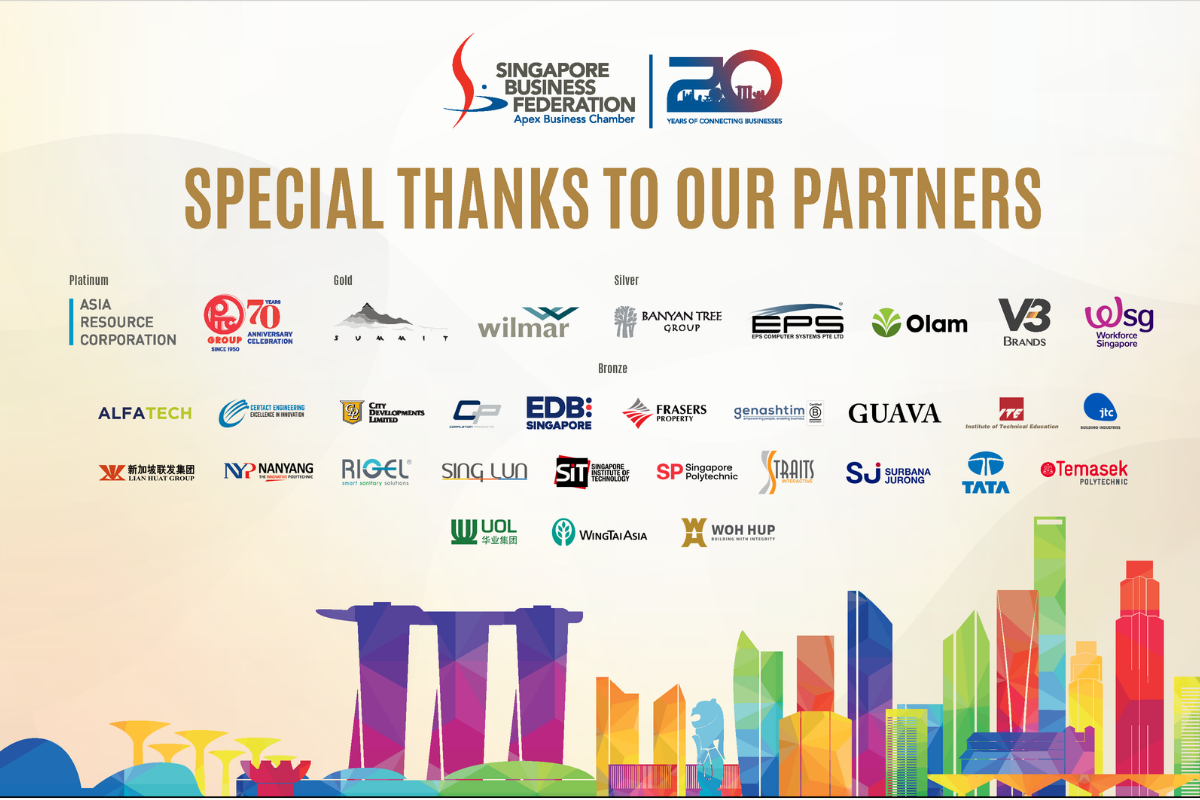